Google+ Video Forensics and the Authentication of Recordings | Blackstone Forensics

Video Forensics and the Authentication of Recordings 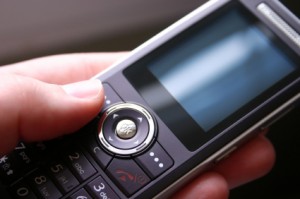 I was recently interviewed by CBC news reporter Daniel Schwartz on the process involved to authenticate a video.  The video in question was one that has surfaced that allegedly shows the Mayor of Toronto smoking an illegal substance.  I have not seen this video nor can I confirm any of the allegations contained within it, as outlined in the article by Toronto Star reporters Kevin Donovan and Robyn Doolittle.  I provide Daniel with an overview of what it would take to “fake” a video of this type and the general process involved to determine authenticity.  What I didn’t mention is the type of forgeries that can come into play when someone is trying to pass off a video as authentic.  In the eyes of the court, video is considered authentic if it is reliable, and it is a true and accurate depiction of the events that occurred.  In this case a forgery could be created by editing together or manipulating a recording to depict something that is inaccurate, or by using an individual with similar likeness to the subject in question to fool the audience.  Apart from something that contains advanced CGI effects, this would be the most probable way of creating a realistic forgery.  Therefore the analysis and confirmation of identification and visual clues will be just as important as technical data in order to determine the authenticity of the alleged video.