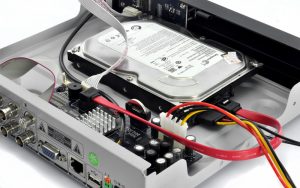 Using industry recognized tools and processes; our experts are often successful in recovering video from CCTV and Video Surveillance systems that may have been over written or deleted.  Even if it appears as though the video files you are looking no longer appear on the system, we can often still recover them.

We can also work with digital video recording systems (DVR’s) that have been damaged in a fire, submerged in water, or have been exposed to other types of mechanical damage.

By engaging our services, you will receive an analysis of what is possible and the potential costs to complete the video recovery.  You will be provided with a separate storage device containing the recovered video footage, along with our forensic report outlining the processes that were completed to recover the data.

Contact us now to discuss your requirements and whether or not recovery may be possible.

A client approached us regarding the recovery of video files from a DVR that was no longer working.  According to the client the CCTV system had captured some important video footage of an accident, which was at the center of an ongoing legal dispute. Prior to contacting us they engaged another forensic firm that was unsuccessful in recovering the video footage.  Once we received the DVR, not only was it not working, but most of the video files were corrupt or overwritten.  We were able to use our advanced forensic tools and proprietary processes to successfully recover the critical video files.

The client was then able to settle the matter without going to court; this may not have been the case had the critical video files not been recovered.

For more information on our processes or to submit a case, contact us

Sign-up to receive our FREE informative guide on the legal applications of digital evidence and the latest tips in forensic video enhancement.